After years of honing her filmmaking craft in the Netherlands, last summer director Aneta Lešnikovska occupied the streets of Skopje, making her first feature-length film with an interesting title, which is in fact a question: Does It Hurt? Yes, it does hurt when a director shoots her debut since the rest of her career hangs in the balance. But, from what we were presented on the big screen at the Frosina Theatre, the author is well on her way towards her goal.

Enthusiasm is the key element of the entire project. After signing the Vow of Chastity in Copenhagen, agreeing to follow the principles of the Dogma 95 Manifesto, Lešnikovska gathered a group of friends, amateur actors, an interesting mix of Skopje’s crème de la crème and Skopje’s underground, and with a very small budget set off on an uncertain adventure—in search of a story to further develop into a film. The story seems to be unsteadily permeating the structure of the film, through the various uncompleted themes: whether to stay or to go, the reasons for the conflict between Macedonians and Albanians, pornography, drugs, paedophilia, false political heroes, etc.

END_OF_DOCUMENT_TOKEN_TO_BE_REPLACED 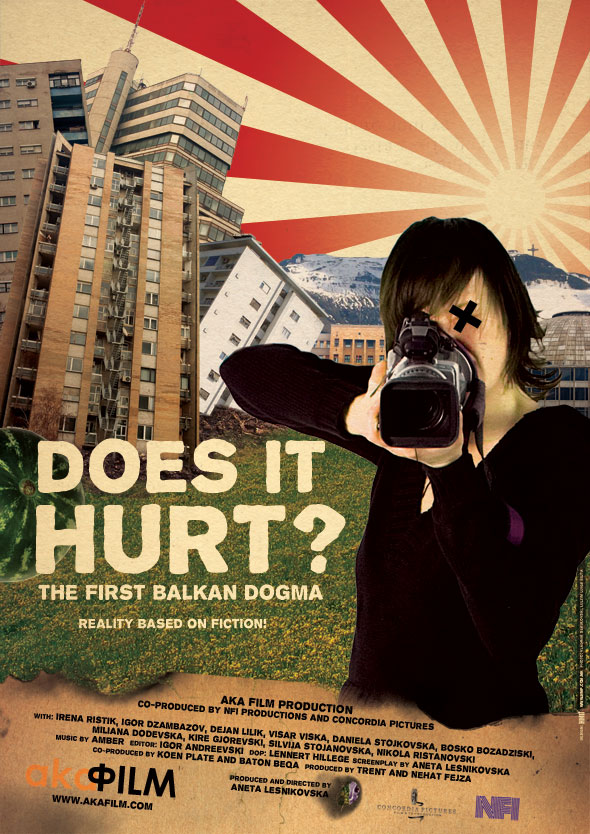